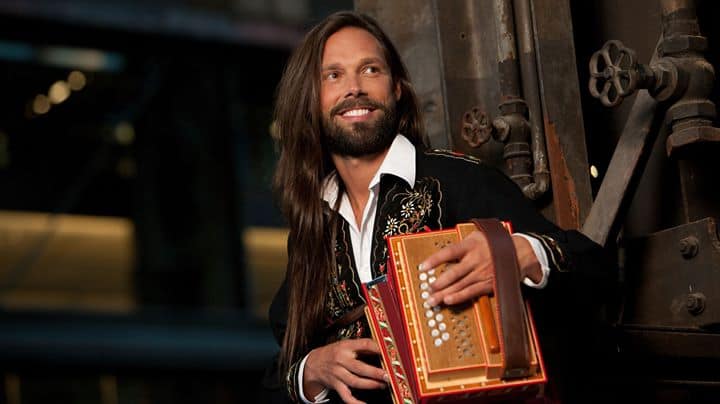 Dr Eidgenoss live in the Gepsi Bar
When you meet Urs Fischer, the first thing that strikes you is his long wavy hair. The next thing is his charming smile and the neat Nidwalder traditional costume. From a visual point of view, dr Eidgenoss – a son of a cheese maker, is a true eye candy. And his music doesn’t disapoint either. He yodels, “spoons”, swings the coin, and plays the alphorn – it’s a true pleasure!
Dr Eidgenoss grew up in an idyllic area where mountain, city and sea meet.
Where you enjoy nature but also the urban life. He discovered the world of hay- and tuning forks early, the tone of the alphornand the down to earth Swiss folkmusic. Dr Eidgenoss yodels, sings and plays traditional accordion in his own special way.